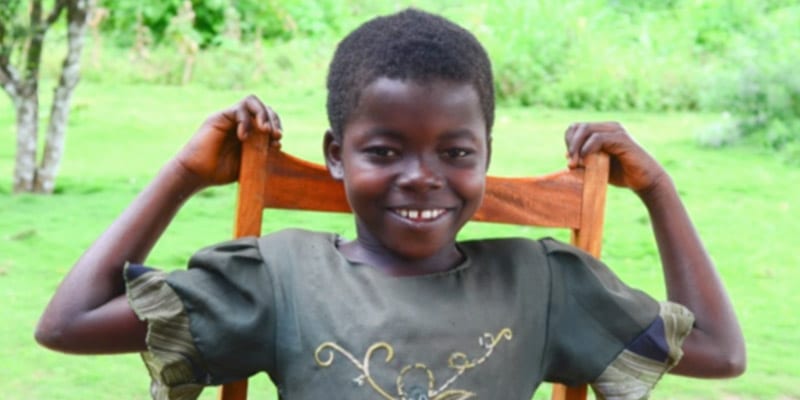 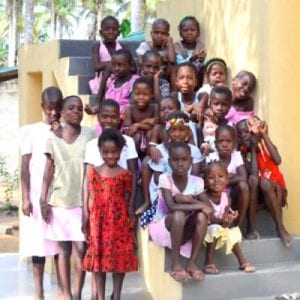 The look of apprehension soon melted into smiles as the newcomers entered the orphanage gate. Clean clothes, food, security, love, and a soft clean bed… a whole new life filled with possibilities never before imagined.

There are children, seemingly hidden from the world, who are in dire need of love and care. This is the case for many children living in the Western region of Ivory Coast. For them, life, even at its best, is a struggle. Many have had horrific experiences due to war and most have had to do without the basics for life like food, medicine, clean water, and comforts of home. They sleep in beds of straw or on a thin plastic mat and live in clay houses with no electricity. For some their parents died, others have been abandoned. Some live with grandmothers who love them but have become too old and feeble to work their small gardens to provide food. However, surprisingly, many were afforded the blessing of getting to attend the local school.

LaNelle and I had some very difficult decisions to make when the time came for us to interview and choose from the lines of candidates our “bush” pastors had brought from their area of ministry. We were searching for 18 to fill the second orphanage unit but ended with 21 newcomers, making a total of 35 children who now live at the GAP orphans home.

I had not realized how much our 14 resident children, who have been with us now for two years, had grown. They lined up at the gate, gave each of the newcomers a big hug, escorted them to their showers, served them a hot meal, and then led them to their new soft beds. LaNelle noticed they had even given up their dolls and stuffed animals and had placed them in the beds for their new friend. Our eyes fill with tears of joy and our hearts are full as we see the work God is doing in the lives of these children.

We are grateful for all who support and pray for this ministry. God is proving Himself mighty and we see HIS Love and Blessings poured out daily. Without HIS hand of provision we would surely fail. To God be the Glory, James & LaNelle 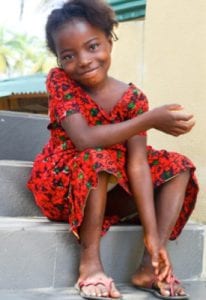 Sintiche is Yacouba. She and her sister are both living at the orphanage. The girls were abandoned by the father long ago and the mother recently died.

Stephanie is Yacouba. She is the youngest among several siblings. Her mother died and the father treated her like a slave. It was difficult for her to go to school; she did all the household work, tended the farm, did the cooking and washing, and was only allowed leftovers at the table. When the father was approached by villagers and asked why he treated her so badly, he would only say, “You want her? You take her!” She came to us with a little blue plastic sack containing all her earthly possessions hoping never to go back to that situation. Even though she is older, our hearts could not bear to leave her in that situation. You should see her smile when she refers to us as “Mama” and “Papa”. 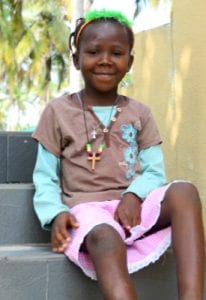 Silene is from the Bangolo region, the Gueré tribe. She lived with her grandmother who was getting very old and feared she could not care for her any longer. The grandmother begged us to take her because, if she should die, she could not bear to imagine what would become of Silene.

Aminata is from the village of Kouibly, the Wobé tribe area. This is one of the poorest areas of the western region. Her village is very remote situated near the Sassandra River. Aminata was left with no one to watch over her.

Marie Ange is from Bangolo. She is from the Gueré tribe. She comes from a place where many times, after a father has died, the mother is forced from the land with no means of income or way to sustain a family. Marie Ange is a very happy-­spirited child and a joy to watch as she plays and relates to her friends.